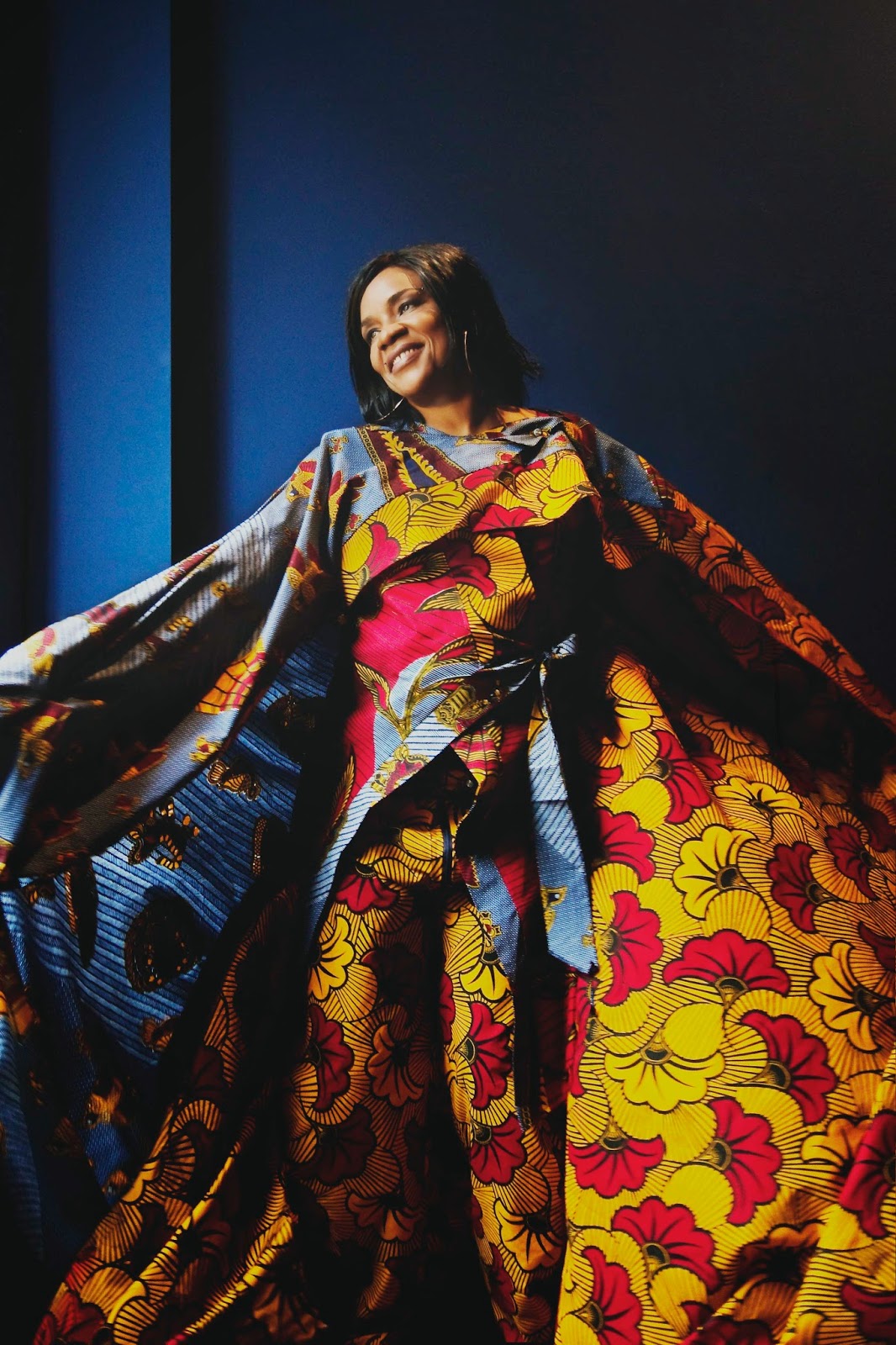 Women Stand Up; Women Speak Up

Women musicians from the West African country, Mali grabbed my attention in 2001 and I’m still enthralled by their personal power and musical talent.  In 2002, I received Tama’s recording Espace in the mail featuring the vocals of Mamani Keita sung over warm acoustic guitar, the Malian banjo, ngoni and percussion and I haven’t forgotten Keita’s vocals over the years.

With her solo album, Kanou (World Village), Mamani Keita sings in a traditional voice about contemporary social issues, but mostly she sends an invitation out to women of the world to stand up against violence towards women and children as well as, keeping our world leaders on the same page as the people who voted for them.  Keita uses her powerful voice and musical gifts to bring transformation to the world acting as a messenger for all of us.

Please note that this interview has been through three translations and lyrics weren’t included with the CD.  Thank you to Mamani Keita for the interview by e-mail, as well as, Pierre-Alain Demessine (manager) and Simone Snaith (World Village) for help with the translations.

Whole Music Exp: After receiving a press release for your new album, Kanou, I remembered a 2002 recording you did with Tama called Espace.  The song, Baro from this album was also included in a compilation album called Gifted (Women of the World) released on Narada Records in the US.

Describe your musical journey between the album Espace which you recorded with Toumani Diakite, Bissau Djanuno and Sam Mills and your newest recording, Kanou with Djeli Moussa Kouyate (guitar), Moriba Koita (ngoni) and Madou Kone (percussion).  How have you grown as a musical performer?

Mamani Keita: I remember this album with the band Tama. It was their second album and they invited me to participate. Baro is a tribute to a goddess, so it is a song for all women everywhere.  I have always placed great hope in collaborations and meetings. It is important to me even when simply sharing the stage.  For example, I played with Jeffrey Smith, an American jazz musician, and I shared the stage with Dee Dee Bridgewater.  Today I am still working with Eric Legnini, a Belgian jazz musician.


The first passport that opened the door of my career was Electro Bamako, with Marc Minelli and then two albums with Nicolas Reppac. But after all these collaborations I wanted to stand on my own feet. That's why I did Kanou.

WME: I noticed that both you and Rokia Traore come from the Bambara tribe and tradition and both of you have strong messages in your songs about women, relationships and social messages.  Do you find that your songs give you a platform for teaching others how to live in the world more peacefully?

MK: I try to build my song around themes that seem universal to me. I often speak about children and women in the world. Maltreatment of children and the difficulty faced by women affect me because of places I've lived where saw all this in my childhood. These are issues that affect me and they're not specific to Africa. These problems exist throughout the world; in all societies people who are weaker suffer. I have this rebellion inside me that makes me want to sing in order to give voice to the weaker and to give them hope. We need to talk about it, we have to call to mind and make sure everybody knows what's going on in the world. We especially we have to try to touch the heart of men.

WME: I noticed that the song titled Marimasa on Espace appears again on Kanou but with different spelling Marie Massa. Why did you choose to rerecord this song?  What is the message of the song?

MK: I re-recorded Marimasa because there is a strong message in this song. Marimasa mean the Good Lord. He is the one who witnessed everything that happens in the world, good and bad. The idea is simple in this song. One that makes good (deeds) on earth, the Good Lord sees him and is grateful. The one who does bad things, the Good Lord also sees him, and bad people will answer their acts in front of God. It was important to me to include this song in Kanou because of its simple but strong message. I had to re-record it and to give it my own musical color.

WME: I especially enjoyed the warm acoustic song, Anissu and your vocals sound beautiful, clear and strong on this song.  It says in the press release that this song is about responsible world leaders.  I am wondering what responsible world leaders looks like to a woman musician from Mali.  How can we create this responsible leadership in the world from your point of view or the point of view from your song (I don’t have the lyrics for the song).

MK: Anissu is about bad leaders, those who do not do their job well. Ministers and presidents and all politicians must realize that they were elected by the people and that they are not superior to them. They must serve the people. When I wrote Anissu there were problems in Mali. And recently the situation was complicated again. But I am not talking only to politicians. Of course they must be exemplary and do their job better than anyone. I also want to ask people to help politicians. We need everybody to make an effort and especially to be patient. But all this takes time. You can not build if we destroy things when something does not work well. We have to accept democracy, and accept that not everything can change overnight.

WME: I’m pleased to see the voice of international women being heard more these days and I believe it’s important that we all speak and sing our truth.  What encouraging words do you have for other women wishing to bring peace and justice to the world?

MK: We must remain strong and not give up. Just because we are women does not mean we can't do what men do. Women can even do better than men. This includes all women of the world, without exception. We should keep faith, hope and have courage!