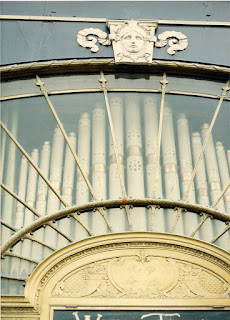 Music resonating within you


I will give you a non-musical example of resonance.  Imagine a time when you walked into a party or a gathering of some kind.  How were you feeling before you walked into this gathering? And did your feelings change as you spent time in the room with the other people? Did someone walk in with dark cloud emotions and change the vibration or feeling in the space? How did this person resonate with you? Did this person resonate with your subconscious in such a way that he or she brought up your matching core issues?


My focus in this essay revolves around musical resonance and entrainment.  Treat music as an entity with the power and potential to match your feelings or to transform them for better or worse.  You cannot build music awareness or consciousness without understanding resonance and rhythmic entrainment.


Here are Joshua Leeds definitions for resonance and rhythmic entrainment from the liner notes of the Sounds True CD Relax and De-Stress by Joshua Leeds and Dr. Andrew Weil.  “Resonance is the impact of one vibration upon another, i.e., something external setting something else into motion.”  I’ll give you an example of a tuning fork.  A patient lies on the massage table possibly feeling overly tense and the sound healer strikes the tuning fork then places it somewhere on the patient’s body.  The body then resonates with the tuning fork’s vibration and key.  In most cases, this vibration relaxes the patient or causes a release of emotions.


In a music therapy setting, the practitioner plays a certain song with specific text and rhythms, perhaps with a sweeping melody to unblock emotions in a patient.  In a less conscious setting, a person can resonate with someone experiencing negative emotions or resonate with harsh sounds or dissonant music that will eventually cause dis-ease if not cleared from the body.  In fact, I advise you to tune into your feelings and thoughts throughout the day and check in with those feelings and thoughts.  Do they belong to you? Where did you pick up that anger, frustration, or even joy?


If you have higher frequency music, you can clear destructive emotions and thoughts.  You can also use singing bowls, crystal bowls, and other sound healing tools to release this energy.  We are at least 70 percent water, and water is a conduit for vibration and frequencies as seen with Dr. Masaru Emoto’s work with water crystals. Some types of classical music clear lower frequencies and emotions.  Sacred and some new age music work too.


Joshua Leeds definition of rhythmic entrainment is “a natural process whereby the heartbeat, breath, and brainwaves speed up or slow down to match an external periodic rhythm."  Think of the way marches are used to rally military troops or to promote nationalism.  Our bodies react to strong rhythms especially as we find ourselves rocking back and forth, tapping our feet, or clapping our hands.  We keep time both consciously and subconsciously.  Wouldn’t you rather be conscious?  An example I give in my workshops is a person strolls down a quiet street, ambles along, until a car with a loud stereo playing hip-hop passes by, then this person’s gait changes to match the external hip-hop rhythms.


Another concept to consider is do you have control over your emotions when you watch a movie and how does the soundtrack affect and in some cases, control your emotions? Obviously, if the writers wrote a compelling story and the actors dramatized the story effectively then the soundtrack augments your feelings, and doesn’t control them.


The good news is that you have some control over sonic environment affects on your health and well-being.  While you can’t control the music that plays on loudspeakers at grocery stores and other businesses, you do have control over the music you play in your personal environment. . You can choose to meditate to sacred music or even drone music to clear the frequencies from your body.  You can use tuning forks and other sound healing tools for the same purpose.  Then you can make conscious musical choices now what you are familiar with resonance and rhythmic entrainment.


I admit that I have sat on the recording Trust by Samite, Charles Evans, Jr. and Tony Cedras for over a month because I didn’t know how to frame the music on the CD.  First, and most important, Trust acts as a fundraising album for Samite’s nonprofit Musicians for World Harmony which brings music and music therapy to at-risk groups in Africa, mainly East Africa.  Second, the CD comes with a warning that the music that appears on the recording is from the movie Addiction Incorporated in which Samite composed the soundtrack.  And with all that gravity, you probably expect sad ballads with social messages, none of which you will find on this CD.


The musicians mention in the press notes that they wanted to create a danceable African recording without drums.  And darn if you don’t want to get up and dance listening to these polyrhythmic songs that feature acoustic guitar, and accordion played South African style,  Samite’s kalimba, flute, and vocals, along with a diverse lineup of guest musicians bringing in horns, penny whistles, cello, percussion, electric guitar, and bass to the mix.  Yet, even with this menagerie of instruments, Samite’s signature comes through, just interpreted through new eyes of the guest musicians. Take a listen to Wise Man's Story and you will recognize one of Samite's songs reincarnated for this album. Trust falls into world-jazz with the horns coming on board and the effervescent production comes through crystal clear.


So if you seek happier music and want to support a good cause of healing refugees and war victims through music therapy, then pick up Trust.  Everybody wins.