FYI: Observation on the Psychology of Music by the Author of "Brand Sense"

The Sound of Music

Recently I self-published my second novel, "Agnes et Yves" on Create Space.  This lead me to the library to check out books on marketing.  I ran across Martin Lindstrom's "Brand Sense" and found this section on the psychology of sound and music.  Here is a quote.

"A fascinating experiment once took place in a small Australian village. Local residents, alarmed by the increase in street crime got together and decided that the best way to confront the problem was to remove the offenders from the main street at nightfall. Instead of taking the more traditional more-police, greater security, and tough-on-crime stance, they chose to play classical music.  Every single block began piping out sounds of Mozart, Bach, Beethoven, and Brahms.  In less than a week, the town reported a dramatic decrease in crime."

Closer to home, the Bellingham Police piped out classical music around the bus station downtown.  It did decrease loitering around the small police station/bus station. But I noticed that the police stopped piping the music and now loitering has increased.  Perhaps the police need to bring back Mozart.
Posted by Moon Child at 10:03 AM No comments:

FYI: The Barefoot Diva Passed On (she will be dearly missed) 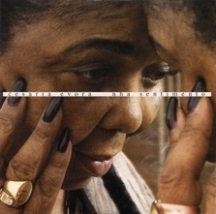 The world famous singer died at 70 on her native island of Sao Vicente about three months after retiring from the stage. She had been suffering health issues for a while and had had a few surgeries over the past few years, including an open-heart operation in May 2010.

“I don’t have the strength, the energy anymore. I want you to tell my fans that I’m sorry but I have to rest now. I am sorry I have to retire because of health issues. I wish I could have given pleasure to those who follow me for much more time” she had told French newspaper Le Monde when she announced her retirement last September 23rd.

She was in good shape on stage at the Parisian venue Grand Rex in April 2011 but her unhealthy heart, which had failed several times, forced her to give up her main addiction, which was touring.

“Life goes on. I came to you, I tried my best and I had a career that many would dream of,” she had told Véronique Mortaigne from Le Monde.

The Cape Verdean government declared 48 hours of national mourning to the singer. President Jorge Carlos Fonseca said she was “one of the main references of Cape Verdean culture.” Cesaria Evora will be buried Tuesday in Mindelo.
# # #