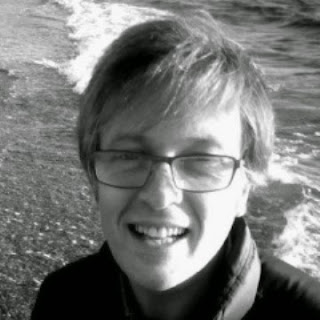 I first encountered James Fraser (CEO of Vibes Vibroacoustic) in the Linked In Musical Healers group. He brought Vibroacoustic (a bed set up with a vibratory system that realigns the body's natural healing abilities), to the group members' awareness.

Many years ago, I met a sound healer who brought a similar system to test on attendees at a health fair. I don't know if the healer also worked with Vibroacoustic founded by Norwegian therapist and educator Olav Skille in the 1970s-1980s, but he offered healing on a massage table wire for sound. If I remember correctly, this sound bed was amplified by amethyst crystals.

Similar to many sound healers and music therapists I have met during the past 20 years, James embarked on a journey when compassion and innovation called to him. James is also an accomplished musician who seemingly created theme music on-the-fly for my astrology channel on YouTube. I appreciate his regular contributions on Musical Healers too.

Whole Music Experience: Vibroacoustic is a non-invasive sound therapy with several medical applications. How do you evaluate if this sound therapy will work for a particular client?

James Fraser: There are a few ways I’ve been approaching an evaluation of whether or not Vibroacoustic therapy works for a particular client. Firstly, I consider their willingness to use the bed and how motivated they are to heal their conditions; usually the more enthused they are the better the chance that Vibroacoustic therapy is right for them. Secondly, I ask for their feedback after each session. This is usually positive anyway as the therapy is a really pleasant experience, but I look for self reports of shifts in physical or emotional states. Thirdly, I observe their appearance before and after sessions and feel my way a bit in recommending how many sessions they may need to effect an improvement.

Since the therapy works in a “whole body” way, tapping into the energy channels, clearing stress, and reinvigorating the healing power already within each of us, it’s highly likely that Vibroacoustic therapy will work for the vast majority of clients. The pie chart above shows a breakdown of conditions improved or completely reversed in 96% of cases. As can be seen, this is a very wide range of treatable conditions. (chart does not show up on Blogger).

WME: How did you discover Vibroacoustic? What were you doing prior to this discovery?

JF: It’s a long story and it feels more like Vibroacoutic therapy discovered me! I have always been a musician and in 2009 I was working in special education teaching music to young people with complex physical and learning difficulties. The college I was working in was cutting edge in this type of specialism and it was a good place to work. One Saturday I was sitting in a café and saw an advert requesting research participants for a kinesiology experiment, and went along as I had just started meditating and was suddenly much more open to esoteric ideas and practices.  I met the researcher and when we got to talking, he basically pushed all these research papers on Vibroacoustic on me and told me I should try this out with our young people at the college.

I did a pilot study in our music sessions with some small vibrating devices and noted how relaxed the students became; those with severe autistic spectrum disorder became calmer and much more engaged in the music sessions; those with physical difficulties due to cerebral palsy increased their range of movement to an astonishing degree. I was excited and impressed, and wrote a research proposal to the college managers to ask for funding to buy a Vibroacoustic system for the students. I don’t know why but they completely ignored the request; I think it was too soon for them.

I left the college not long afterwards, and all but forgot about it. Anyway a couple of years later out of the blue someone basically gave me a Vibroacoustic bed and since then I’ve been testing it with disabled and non disabled clients and learning more about the healing properties of certain frequencies.

WME: Could you describe a typical session with a client? How is it set up? Do you have clients fill out a form listing health complaints? How do you measure success of a session?

The client comes to my studio, removes their shoes and lies on a very comfortable memory foam mattress equipped with special low frequency transducers and attached to an amplifier. I use a Regeneration file from Cyrox, developed by Cyrinus Joseph in Canada; he is one of Olav Skille’s student. It is a 12 minute session and the client lies down on the bed and we talk briefly about the condition the client wants to work on and make an intention to bring improvement. When they are ready I switch on the sound file and the client lies there and drifts off on the vibrations. Sometimes the client feels an immediate improvement, but more often the success comes gradually, say after 5 or 6 sessions. I’m currently developing other sessions but this one is working out really well so far.

WME: When you speak of low tones (30hz to 120 hz), what instrument is this equivalent to, the lowest keys of a piano or a bass? Are these tones picked up by human hearing or beneath the threshold? (I can’t remember the range humans hear).

JF: In the regeneration file we are talking about 40hz so it’s like a low E on a piano, you are more feeling than hearing these frequencies but they are audible as a low hum. The range of human hearing is often quoted as 20hz to 20,000hz so the frequencies I use are within that range, but again, more of a feeling than a sound. In Vibroacoustic therapy the tones aren’t constant, but rather pulsed slowly, so it feels like being gently rocked to sleep in a kind of womb-like embrace. It’s the closest thing I’ve found to meditation without a meditation practice, if that makes sense.

WME: You mention on your website that the founder of this technology developed it in the 1970s and 1980s. When did the technology arrive in the UK and what has been the overall response?

JF: We had an English researcher called Tony Wigram who brought the technology back to the UK in the 90s after working in Denmark with Olav Skille. He headed our first medical research efforts using Vibroacoustic with a population of people with disabilities. There are some small charities and organizations that use some elements of vibration therapy to help people with special needs. Luckily for me one of these researchers was the man who introduced me to the therapy in 2009. But in terms of impact this is pretty new to us in the UK and although the response is overwhelmingly positive it hasn’t reached the mainstream yet. Perhaps that is what I’m here to do.

Posted by Moon Child at 5:57 PM No comments: