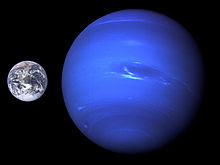 As some of you might know, I'm not only a music journalist-researcher, I'm also an astrologer. I track the effects that the planet Neptune has on trends revolving around cinema and music. I've found that music plays its biggest role when Neptune is in aspect with other outer planets or several planets are transiting in Pisces.

I would like to give heads up on what I call the Neptune Effect for March 2016 because we will experience a Solar Eclipse in Pisces with a cluster of planets transiting in Pisces. Jupiter is also involved since Saturn transits in Jupiter's sign, Sagittarius and the planet Jupiter transits in Virgo along with the North Node (moon node) which is the opposite sign of Pisces.

So we could witness new therapeutic effects for music used in hospitals, rehab facilities, prisons, hospices and other domains that fall under Neptune and Pisces. I say this because Virgo, Pisces opposite sign represents service, including social work, nursing, and creating healthy daily environments. Virgo would also bring in service animals along with music. This could also refer to healing animals with music and sound.

Since the asteroid Chiron is also transiting in Pisces, we might revisit music from our childhoods which either bring us solace or painful memories depending on the energy attached to the particular songs. Now, normally we would tell each other to avoid music that triggers pain, but if we choose to work with a qualified therapist, we could ride through the pain triggered by the music to reach the other side of it. In other words, release the charge placed on that song so it's no longer a trigger to highly-charged emotions such as fear, anger, or anxiety.

With Saturn in Sagittarius, we will witness or possible experience restrictions placed on music. We might see xenophobia playing out with music between nations or religions such as bans placed on music from a particular country or religious tradition. We could witness restrictions on getting musicians into foreign countries to tour or perform at festivals (this actually occurred when Pluto was transiting in Sagittarius, especially around the events of 9-11). Saturn has a reputation for restricting and constricting freedom. Sagittarius represents law, religion, higher education, and ideology so we can see where this is playing out.

I recall in the late 1980s during Saturn's last transit in Sagittarius when US Senators' wives form a no censorship group and tried to push music labeling laws. Remember those warning stickers slapped onto pop records? Those women forced their ideology and religious morals on the mass population which was a direct reflection of both Saturn (authority) and Sagittarius (laws, religion, morals). We could see more of this type of behavior along with fundamentalist extremism in regard to musicians and music (as we did in Mali in recent years. I believe that Mali's ruler is Sagittarius too).

So the best route through this is to transcend the fear by using music to lift our vibration and focus upon healing ourselves and the planet. But you must remember that when we shed more light on a situation more darkness emerges to eventually allow the light to dissolve it. This means that the current passage we face represents the darkest hour before dawn. Music, dance sound healing, and spirituality do hold the keys to our healing through compassion and understanding. But this does involve us developing greater consciousness around music expression and vibrations.