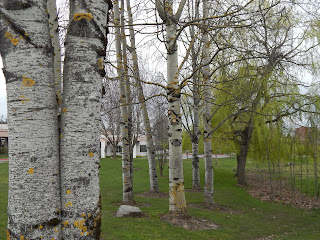 When I suffer from anxiety attacks or fear in general, I listen to particular vocalists because their voices act like an audio massage. The tone and texture of voices differ for each of us. Some people find male voices more soothing, some find women's voices more soothing; some people enjoy the singular voice while others lift their vibration with vocal harmony.

I find the African and the African-American vocals most soothing, followed by Native American vocals and then women's harmonies. But this all depends on the day and my circumstances as well as, the strength of the negative emotions I wish to relieve. Some times sacred music lifts me higher and other times I find comfort in a nostalgic pop song.

When I was going through a particular rough time Native American musicians Mary Youngblood and Joanne Shenandoah came into my life (post 9-11). I recall listening to Youngblood's Under a Raven Moon, for instance However, Youngblood's Dance with the Wind brought me the most powerful relief and this album compared to a collection of adult lullabies for me.

I know many people have found the songs of the Wailin' Jennys healing and one woman said that this particular song helped her heal from a bicycle accident that nearly left her brain dead and unable to ever walk again. When I met this woman she was already well on her way to recovery.

I'll explore vocal music in further posts. Feel free to leave your favorite vocal music that you find healing in the comments below.
Posted by Moon Child at 9:35 AM No comments: