In review--Seasons and Cycles of Humanity 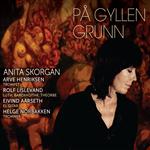 The Norwegian label Kirkelig Kulturverksted has over several decades brought its audiences innovative projects.  These recording projects build bridges, exchange cultures, or bring Scandinavian folk songs into a contemporary environment.  Anita Skorgan’s Pågyllen Grunn brings together diverse musicians including the early music lute player Rolf Lislevand, a young trumpet player versed in Arabic music, Arve Henriksen, a global percussionist Helge Norbakken and electric guitarist Eivind Aarseth.  And you might wonder what the musicians could do with that eclectic set of instruments.


From what I can tell from the press notes, (the liner notes and lyrics are all in Norwegian with no English translation), the ensemble of talented musicians recorded ten arranged folk songs (lyrics by KKV Founder Erik Hillestad) in the mausoleum of the late artist Emanuel Vigeland.  A large painting featuring the cycles and seasons of human life (seems pagan to me) surrounded the musicians as they recorded this album.  Not only that, the late artist’s urn also rested in the mausoleum. I’m certain that the artist’s presence was felt in other ways too since this music sounds inspired by otherworldly energies.


So how do I best describe this music? Certainly you hear Scandinavian folk melodies, but not in their usual setting of hardanger fiddles and traditional instruments.  Here the musicians have chosen swashes of trumpet, electric guitar used more as a backdrop, and the baroque/renaissance lutes adding plucked and strummed harmonies to sweeping vocal melodies.  And that doesn’t quite describe the sound. The third song Paradis Senkes OverJorden features somber ambient music with rumbling frame drum, the shimmering strums of Lislevand’s lutes and a jazz trumpet never speaking above a whisper.  This odd blend of instruments creates healing vibrations while Skorgan laments, at times singing in the serpentine voice of an Arabic singer.


On the fourth track electric guitar joins a folkloric conversation with its distant ancestor lute.  While I’m not able to describe each of the tracks their folk melodies resonate sometimes resembling lullabies or in one situation, a Christmas carol.  Track six with its strong and sweet melody that cascades into descending notes on the chorus portrays a dreaminess that reminds me of Claude Debussy’s Prelude to the Afternoon of the Faun.  Certainly this track feels tranquil and contemplative, not unlike the entire album.


I listened to the album with headphones so that I could hear the nuances of this seamless production.  Sometimes I thought I was listening to a Middle Eastern nay (reed flute), but was actually listening to Henriksen’s trumpet, which alternately resembled an Armenian duduk (reed instrument).  I’ve heard many unusual recording projects in my time and many of them are eclectic for eclectic sake.  Many fusion projects never make their mark, but Pågyllen Grunn transcends obstacles inherent with fusion projects.  Perhaps this is due in part to all the heart and soul the musicians brought to their work, and the inspiration they received from a late artist Vigeland.

In review--On the Silk Road 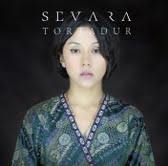 In 2003 I was introduced to the music of the Central Asian country Uzbekistan via a young folk-pop performer Sevara Nazarkhan.  I reviewed her Real World electronic album Yol Bolsin and felt enraptured by its exotic instruments, and snaky melodies and haunting stories. Then after enjoying that recording for a few months, I forgot about the doutar (Uzbek lute) player/songwriter/vocalist (granted I've reviewed 100s of albums since that time).  And in the background the musician recorded a total of 4 albums including her new independent folkloric recording Tortadur performed on all acoustic instruments.

Her newest recording featuring Uzbek folksongs, some dating back to medieval times, played on traditional instruments features old world musicians.  In fact, the press release beat me to the punch by comparing these elder musicians to the Cuban Buena Vista Social Club.  Here again you have an all-star band, if you want to call it that, and you might say that Nazarkhan has not only returned to her cultural roots, but has also befriended her elders.

So how best to describe the music here other than tossing out the term silk road?   Similar to music of the Arab world and the Middle East, vocals lines feature microtones and oriental scales, and though the instruments sport Uzbek names, the musicians play reed flute, a zither, lutes, and a frame drum.  Since the musicians don't provide listeners with lyric translations, my guess is that some of the songs feature tragic stories, alternating with sacred text.

At least that’s the feeling I pick up listening to Nazarkhan’s vocals.  Yet, don’t get me wrong, the songs emit beauty and elegance, even if it takes my western ears time to adapt.


In fact, I needed to listen to the recording several times before attempting a review.  Songs such as Sharob sound like lullabies or prayers due in part to Nazarkhan’s gentle vocal delivery.   The slow pace of the album gives a listener time to reflect and drink in the beauty of Uzbek folk songs in the manner that you might drink in the words to one of Rumi's poems.  Ei, Sarvi Ravon picks up the pace a little, but sounds too haunting for me to call the song uplifting.  The album closes with Qarghalar in which Nazarkhan sings in a whispery voice over a backdrop of drums.  The musician describes the album experience in the press release as, "It's a cry of my soul, but in a whisper."

I recommend Tortadur for people already familiar with music of the famed Silk Road.  Although listening to this album takes work, I believe that those efforts are rewarded with gentle-loving melodies performed on exotic instruments and sung by a mature and sensitive vocalist reclaiming her musical heritage.

Posted by Moon Child at 8:52 AM No comments: