Sound Healing--Just What the Doctor Ordered 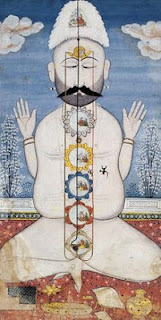 Long before Don Campbell published his acclaimed book, The Mozart Effect in 1997, sound healing tools and music therapy entered the realm of conventional medicine. In fact, music therapy as we know it today began in the late 18th century and in the US, developed during the 20th century, starting with a discovery that occurred with musicians entertaining wounded soldiers...

While many of us probably have conventional or alternative doctors who haven't embraced sound and music therapies yet, we also know family members, friends, or colleagues who have experienced sound healing or music therapy in the form of adjunct to massage and energy healing or while staying in a hospital and experiencing the healing effects of a trained bedside musician. Some of you have probably used music or seen it used with hospice care as the music prepares the patient to crossover to the other side, peacefully.

And yet, I was surprised during a visit to my local library where I came across an entire shelf with books written by medical professionals touting the healing effects of music and or, sound healing. I picked up two of the books, Scales and Scalpels (Doctors Who Practice The Healing Arts of Music and Medicine) by Lisa Wong, M.D. and Sounds of Healing by Mitchell L. Gaynor, M.D. and of course, I'm fascinated that these open-minded doctors have researched and applied music with their patients. I wish my doctor would do that, but she plays rock music via Pandora in the waiting room that makes my skin crawl.

Dr. Lisa Wong, a pediatrician approaches music by performing in an orchestra completely comprised of musicians who work in the medical profession. In her book, she introduces the doctor-musicians (a  handful of them), and also includes the latest research (the book was published in 2012). She also mentions a favorite musical hero of mine, Jose Abreu who founded the youth orchestras in Venezuela that have prevented at-risk youth from entering a life of crime. So the author reminds us that music heals us on different levels from the mind-body to the societal realm.

Dr. Gaynor, an oncologist who deals mainly with cancer patients, takes a different approach. He brings in the spiritual and sacred realms through toning and working with singing bowls. In his book, the doctor explores shamanism, the practices of Tibetan monks, and Sufis as well as, the seed sounds from India. He even mentions Atlantis which is controversial for those people who don't believe in this lost civilization. What's most surprising, given the research mentioned in the book is that it was written in 1999, two years after Don Campbell published The Mozart Effect, but several years before the neurologists, Oliver Sacks and Daniel Levitin published their treaties on music, brain and science.

If you have a medical condition that doesn't respond well to conventional or even some alternative treatments, I urge you to read the books mentioned here and the other titles mentioned in the bibliographies. Judging from research mentioned in the books, there are several articles published in medical journals worth looking into as well. When we do this, we become informed and then we can make recommendations or suggestions to our doctors (and dentists) to add sound healing and music therapists to their practice. Of course, I'm not aware that medical insurance would cover either, but if the medical doctors learns how to work with singing bowls or toning, they can just add that to the sessions with patients, I'm guessing.

If not, we can always teach ourselves how to use sound healing tools and you can learn toning in a matter of minutes by using toning CDs or watching videos on YouTube. I've been fortunate in that the alternative and energy healers I visited in the past provided me with music for my sessions with them. And one acupuncturist used tuning forks and singing bowls in her practice. Some day this will be common knowledge and we won't give it a second thought. Music heals us and it doesn't take research to convince me. I've experienced the healing power of music personally.

The Practice--Intentional Music to Relieve Stress

With the holidays upon us and the year winding down, most people deal with stress overload. Add to that dealing with holiday crowds in shopping malls, traffic on the highways, and calamities that occur around the planet which I think has to do with all this stress rippling out. So unwind and relax to music.

I'm going to get you started with suggestions from diverse music genres:

I suggest staying away from the wild Romantic Era composers with the exception of Tchaikovsky and listen to his ballets and sacred music (Rachmaninoff also has sacred recordings). For the most part, stick with chamber music such as string quartets, slower Mozart, Debussy, Ravel, Satie, Grieg, Sibelius, Aaron Copeland, and solo harp or cello recordings. Classical holiday music will either bring peace or strife depending on the person so use discernment and listen in to your feelings. Also try Renaissance polyphony such as Anonymous 4 or Stile Antico.

I recommend slow tempo instrumental jazz, but the jazz ballads could work too. I listen to Madeleine Peyroux when I feel stressed, but I also enjoy Trish Hatley's On the Quiet Side. Try Miles Davis' Sketches of Spain or Kind of Blue. I also recommend the atmospheric jazz recordings produced by the ECM label. If you prefer something more exotic, try Brazilian jazz.

I highly recommend following up with recordings of singing bowls or if you have them available, tuning forks. You can also learn how to tone (YouTube videos and books). Listen to music via headphones (low volume) for best results.

Here's to a relaxing holiday.

If you would like any further suggestions, please contact me or browse the reviews on Whole Music Experience. Also if you don't enjoy spending time on YouTube (those dang commercials), or don't have time to sift through recordings at your library, try the Putumayo compilations, but stay away from the dance music titles.
Posted by Moon Child at 10:44 AM No comments: