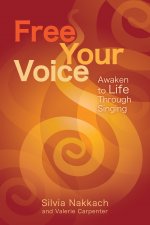 
Cross-cultural sound healer and vocalist Silvia Nakkach provides a handbook for healing yourself and others through voice with Free Your Voice.  Only the first 64 pages of the book give an overview of the physiology of voice, a description of vocal techniques from around the globe, as well as a list of benefits that come from working with your voice. The second half of the book acts as a virtual workshop with exercises with online music samples.  The exercises range from simple mind-body meditations to singing raga scales.  (Note: I wasn’t able to do the exercises because I did not have access to the online music).


However, I’m impressed with the breadth and scope of Nakkach’s vocal wisdom, her musical expertise, and her engaging writing style.  Personally, I would enjoy going deeper with this book and the exercises in it.  The power of voice is something we can all access, despite what others have told us about our vocal talent.  The voice is also the only instrument that we carry with us, but finding access to this vocal power takes effort.  This might include using energy work to release blockages, possibly taking voice lessons, and certainly taking one of Nakkach’s workshops.  You can start by obtaining this book.  Whether you work with vocal harmonics, overtone singing, or sing kirtans, you will find appropriate vocal-building and self-esteem building exercises in the pages of Free Your Voice. 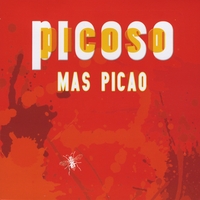 
Any band that gets a park full of picnickers and music fans dancing during the opening of their first song deserves a shout out.  Seattle-based Afro-Latin band Picoso, which translates to “mad Latin flavor”, brought their punchy horns, Afro-poly rhythms, and rousing vocals to Boulevard Park in Bellingham, Washington, and the dancers went mad with their own Latin flavor.  Described as “urban” and “very street,” (Seattle Sound Magazine) Picoso mixes salsa, son, reggaeton and other Caribbean genres on their CD Mas Picao.


This recording features Samantha Boshnack on trumpet, but live, a woman trombone player joined her, filling out the band’s horn section.  I only mention this because I’ve never seen women horn players in an Afro-Cuban band prior to this event.  Puerto Rican bandleader/percussionist/vocalist Alfonso Gonzalez sings with gusto so I could see why backed by a watertight rhythm section, horns, bass, and tres (3-string Cuban lute), he enticed the crowd to get off their butts and dance.  And at the outdoor concert no alcohol was allowed, so the music alone excited the dancers into frenzy.


Mas Picao opens with the flavorful morsel, Descarga.  Polo Polo follows and this song holds the body hostage begging it to give itself to the dance.  The Latin music hybrid Esperame sounds like a hodgepodge of cha-cha, mambo, and Arab-Andalusian melodies.  It snakes along at a slower tempo than other songs on the CD and I could see Tom Waits giving this song a send-up with Marc Ribot on guitar.  If only.  Gran Sensacion falls into the rustico son genre spiced up with Latin jazz.  I already think KEXP’s Darek Mazzone has already tagged this group with a tasty descriptor.  However, I can best describe Picoso as the musical place where Latin urban culture meets the rustic music of Cuba’s Oriente Mountains.