The Practice--Quantum Music & Law of Attraction 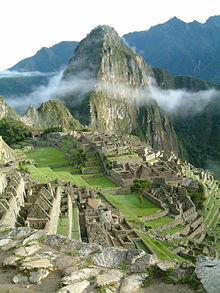 
So many times I listen to online spiritual radio shows and webinars and I rarely hear a radio host or spiritual teacher make the connection between a person’s experience and their musical choices.  I understand that this is my piece of the puzzle.  However, Gregg Braden has made this connection in his programs and I’m sure he’s not a lone wolf.


However, the usual scenario goes like this.  A person calls in or lands in the “hot seat” for the Abraham/Hicks teachings, for example, and they wax on about how they have used all of the tools offered by Esther Hicks and the Abraham spirit collective, but they keep attracting situations only to end up feeling disappointed when those situations disappear into thin air.  And yes, getting in touch with beliefs and patterns, pivoting negative to positive thoughts, and “softening resistance” are key pieces to magnetic attraction also known as the Law of Attraction.  However, there are some followers of the Abraham/Hicks teachings who upload LOA videos on YouTube along with obnoxious music.  And if those people who aren’t manifesting their dreams listen to low-frequency music, then good luck.


I also know people that refrain from watching the news, meditate, eat high-vibration foods and appear to be on a positive path.  But they scrimp on the music frequencies. There is a tendency for people to listen to music with provocative lyrics or canned music (sound frequencies made soley for entertainment purposes).  With just a bit of research, someone on the path could learn the basics of sound healing and psycho-acoustic research (the study of sound on the nervous system). With a lot more research, someone could learn about ancient musical practices, while also learning about the power of intent, purpose and frequency.  Now, how many pop musicians do we know of practice a spiritual awareness of intent and purpose with their music? Occasionally a pop song comes along that transcends the norm and creates universal harmony, but not often.


Similar to high vibration food (think super foods, organic foods, food grown and processed with loving intent), music that comes from the heart with a healing or uplifting intent possesses a higher frequency.  When we listen to music, we digest it and the sound resonates in our bones and muscles, not to mention, our minds, long after we stopped listening to that music.  And in fact, that music has found a niche somewhere inside our brain where it remains until an event triggers it and we hear the music again, even if only in our minds.


While I don’t have a background in psychology and I’m hardly a scientist, I imagine that music, like negative beliefs we stuff down into our subconscious, also causes unconscious disturbances in our daily lives without our awareness.  After all, many songs contain text and that text when repeated several times, such as in a chorus of a song can turn into a thought pattern which eventually turns into a belief.  So why would we choose to listen to lyrical content with a negative message when we know about the Law of Attraction and work on manifesting our dream lives?


The following steps will help you develop music consciousness.  Practice patience since like any consciousness practice, music awareness takes months, if not years to develop.

Take an honest look at how you use music in your life and make conscious changes when necessary.


Follow these steps and you’ll soon feel comfortable listening to high-frequency music such as Mozart, Bach, Native American flute, Cuban son, etc...And you’ll also notice that you attract more positive life circumstances.  After all, music represents sound vibration, lyrics represent mantras, and if you wish to create a joyful reality, start and end with music.
Posted by Moon Child at 10:10 AM No comments:

My article on animal communication, music, and spirit animal guides appears in the February 2013 issue of the New Spirit Journal.

http://www.newspiritjournal.com/an-animal-carnival-the-music-animal-connection/
Posted by Moon Child at 8:22 AM No comments: 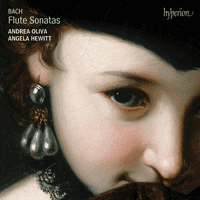 
I feel pleased to start out a new year with the enchanting Bach Flute Sonatas performed by pianist Angela Hewitt and flutist Andrea Oliva.  Out of all the Bach recordings I have heard, I don’t recall hearing tranverse flute (at least not in a sonata setting), but I have heard plenty of recorders.  Towards the end of Bach’s life, the tranverse flute replaced recorders, even though recorders of various types still exist in our time.  As always, questions revolve around the compositions, whether or not Bach co-composed them or if they were written for transverse flute or oboe as in the case with the Sonata in G minor, which might Bach might have co-composed with his son C P E Bach.  Whatever the history is behind the flute sonatas, Oliva and Hewitt breathe a fresh of new air into them.  The original musicians would have played the sonatas on piano and a baroque era flute anyway.

The recording opens with Sonata in E flat major which opens at a medium tempo with piano trills and then the flute dances around the piano, ending up in a delightful musical conversation.  A mirthful feeling radiates and I can’t imagine anyone feeling sad around this piece.  Even the slower movements with the 6 sonatas uplift and in some instances, relax the mind.  Personally, I have played this music in the background while performing work that takes a great deal of focus and concentration.  I have also listened to this recording before falling asleep and I have slept better than I have in weeks.

The Siciliano movement of Sonata in E flat major is a piece that would send anyone into a place of sweet dreams.  It is followed by the Allegro movement which shows off dexterity of both musicians.  The Adagio ma non tanto of Sonata in E minor feels melancholic, but the beauty of the instruments balances out the mood, and the high notes of the flute could help in releasing any stuck emotions.  The Allegro gives the flutist plenty of room to show off glittering passages, which we know as listeners took plenty of rehearsals to finesse even if the musician sails through the tangle of notes.  Similar to Mozart, Bach enjoyed composing music for virtuoso players up for the challenge of his architectural wonders.

Sonata in G minor, Sonata in C major, Sonata in E Major and Sonata in B minor for flute round out the recording.  The entire CD runs 78 minutes and while you could play it the background, it’s best to listen to the sonatas through headphones and drink in the beauty of each note as it lingers, especially with the slower movements.  I recommend listening to this music with breakfast or during a time when you feel like slowing down.  Looking for enchanting baroque music? This is it.

http://www.hyperion-records.co.uk
Posted by Moon Child at 9:23 AM No comments: