The Practice: Unblocking the first chakra 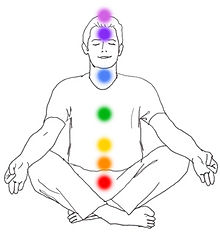 While I was listening to Earth Wind & Fire this morning a thought occurred to me.  We all need to heal and clear our first chakra, as individuals, as communities, as nations, and on the entire planet.  As you know, the first chakra represents our roots, our powerbase, and our survival skills and tools.  When this chakra contains blocks we are unable to find employment, pay our bills, we feel powerless, and angry because anger, grief and other challenging emotions form the blockage.

So I am going to suggest listening to three songs by Earth Wind & Fire, as I did this morning.  You can find these songs on The Best of Earth Wind & Fire, Vol. 1 or on YouTube.  Your library most likely carries this album or you can pick it up used at a record store and if you feel brazen with your money flow, buy the album new, and support these great musicians.

1) Listen to That's the Way of the World first.  For me, this song with its message of love and peace brought tears gushing to my eyes.  I felt that I had a strong reaction but tears clear chakras; tears move energy.  You might have a different reaction but trust your emotions.

2) Next listen to Shining Star.  I recommend this particular song for several reasons.  The funky bass, drums, etc grind at your lower chakras, especially the first two.  Then by the time you hear the chorus, your energy flows into your third chakra, (possibly the fourth chakra too), especially because the text strokes your ego and soul at the same time.  The only caveat is if you're super sensitive the electric guitar in the higher registers might rattle your nerves.  However, that electric guitar can also release anger from the chakras. So it's your call.

3) End with Fantasy.  This peaceful and spiritual song empowers listeners with its vocal harmonies, soul-liberating text, and dreamy music arrangement.  The text to all three songs contain powerful phrases, vocal harmonies, and danceable rhythms.  In fact, if you sing along to the songs or dance to Shining Star, you're going to move energy much quicker than if you just sit and listen to the songs.

Listen to these songs every morning if possible and see if your financial situation or other situations that leave you feeling powerless loosen their grip.  You also send out these vibrations across the planet.  The more people who listen to these songs on a regular basis, the better.  Finally, don't just stick with these three songs, this band has a lot to offer where channeled music is concerned.
Posted by Moon Child at 8:23 AM No comments:

In review--Tangos and Ice Floes 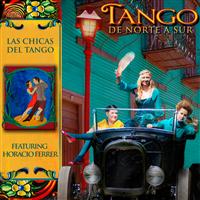 I read in a Finnish radio review that Las Chicas del Tango successfully wed Finno-Ugrian melancholy with the sadness of Argentine tango.  While this is not an exact quote, the musicians blur the lines between tango of South America and Finland, with Ahonen singing the text in Spanish. I imagine dancers could tango to these melodies, but tango songs (music with lyrics), usually invite people to listen to the text.  The stories here range from the pain of love (of course), to homage songs for three Finnish legends, (tango composer Unto Mononen, architect Alvar Aalto and classical composer Jean Sibelius), to pleas to protect the planet from destruction.  If you want the pain of love, take a listen to A Sun, “...During my life I gathered ice and more ice; I need the sun to melt me,” by Alfonsina Storni.

Musically speaking, all three musicians know their way around their instruments. With robust accordion, passionate piano, topped off with powerful vocals, these women take listeners deep within their songs. Gorgeous melodies, thoughtful lyrics, and enticing arrangements, produce a hot album from a cold climate. I have listened to a lot of tango over the years (I’m especially fond of Astor Piazzolla’s new tango), and I give this album top rating.  The musicians have provided everything listeners need for an authentic tango experience except the macho male dancers and women in spiked heels.  You are on your own in that regard.

http://www.arcmusic.co.uk and http://www.laschicasdeltango.com
Posted by Moon Child at 12:00 AM No comments:

In review--Sun, Sand and Songs from Sicily 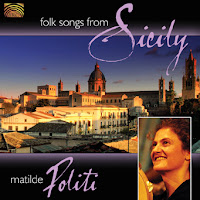 I adore folk songs from Italy, especially when musicians play the songs on traditional and acoustic instruments, as they appear on Sicilian folk musician Matilde Politi’s Folk Songs from Sicily.  I also adore women’s voices as they sing folkloric material. I have a collection that fits that bill.  I could spend years exploring folk songs from the Mediterranean and still not scratch the surface.  For now, let’s take a look at the delightful Folk Songs from Sicily.

This warm production features accordion, a variety of percussion including frame drums and North African drums (not surprising), strings, guitar, the Arabic oud, double bass, concertinas, and other instruments.  While these instruments provide a lush and exotic backdrop, Politi’s voice grabs my attention.  On laments such as My Son (Figghui Miu), Politi pulls out vocal colors from a diverse palette and she shows off her vocal range, which to me is impressive. On the homage to a town, From Santaninfa, again the vocalist delivers hearty vocals, this time over swirly circus-like accordion. If you enjoy circus-like or waltz-like melodies then listen to Ringo (A Sea Shanty).  As a songwriter, Politi has a passion for saving the planet.  We hear her pleas for the planet on My Son, and on Mother Earth (Matri Terra), in which this heartfelt lament should wake listeners up to the plight of this planet.  I emphasize the word should.

I have listened to music from Italy’s many provinces and Sardinia in the past decade, but music from Sicily is new to my ears.  I would like to explore this music further in the future since it has ties to North Africa, Spain, the Middle East, and other European countries as all the islands between Italy and France do, given their prime location.  Cultural Creatives would have a ball with this recording.  It features stories, soaring melodies, and exquisite vocals over a backdrop of traditional instruments.  What’s not to love?

http://www.arcmusic.co.uk
Posted by Moon Child at 12:00 AM No comments: