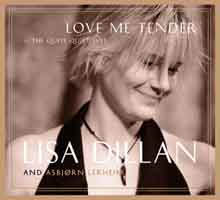 
I have not thought about Elvis Presley in years so I felt surprised when I received a Norwegian recording, Love Me Tender, paying tribute to Presley.  Vocalist Lisa Dillan and guitarist Asbjorn Lerheim headed to Nashville to record in the same studio the late Presley had recorded, and to work with the same musicians as Presley.  While this must have seemed like a dream manifested for Dillan, who became a Presley fan after the legend’s death in 1977, Dillan gives each song unique folk interpretations.  The musicians create a warm, relaxing and quiet atmosphere in which Dillan’s vocals caress every word.  A strong melody and evocative text translates into almost any musical style.


Unlike, Dillan, I know little about Elvis Presley outside of the movies I saw as a child.  While you won’t hear Jailhouse Rock or Blue Suede Shoes on Love Me Tender, you will hear the melancholic Surrender, the rocker Heartbreak Hotel and of course, infamous Love Me Tender.  In fact, Presley penned only two songs of the fourteen included here.  With beautiful orchestration, studio musicians in Nashville and an orchestra recorded in Oslo, this music acts as a reminder of Presley’s talent as a vocal stylist.  I also reflected on the cross-genres in which Presley performed from his start in country-western to his emergence as a rock and pop star, to his last days as a Vegas act.  We could remember Presley for many things, but Dillan and these musicians suggest that we reflect on the American legend’s vocal and songwriting gifts.

Some music listeners prefer movie soundtracks for escape and healing purposes.  "The Sound of Music" gets the most mentions.  I have heard and read that the "Do re mi" song clears blocked chakras.  You can learn more about this in the late Ted Andrews' book, "Sacred Sounds". 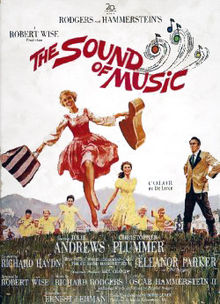 While Julia Cameron promotes morning pages (journaling therapy), I promote the concept of the music diary (keeping track of music's effects on your mind and body).  One of the tools that derives from the music diary is a set of power songs.  By tracking different music styles and songs on your mind, body, emotions, and neurological system, you discover at least 5 must-have songs that help you with insomnia, uplifting hour moods, energy-building, or for catharis (unblocking emotions).

I give you an example of 5 of my power songs and their uses.  You might include these songs in your music tool kit or choose your own based on your musical observations.  I also mention that you need to put this tool kit together before you suffer from insomnia, exhaustion, depression, or feel blocked.  It's not much fun guessing which music you need in the moment of a crisis.  Do the work and plan ahead.

3. Overcoming obstacles--Beethoven's "Fifth Symphony" (In its entirety or just the 1st movement)

This is just a quick example.  I actually have tons of songs in my musical tool kit with 600 albums at my disposal.

If I want to connect to nature I listen to Native American or other indigenous music, especially drums and flute.  If I want to cure a headache or dealing with female hormone issues I listen to Anonymous 4, or the Wailin' Jennys, the Good Lovelies also work in this regard.  If I need mother energy, I listen to Mary Youngblood's albums and so on.
Posted by Moon Child at 10:46 AM No comments: 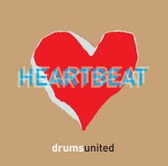 As with all my Whole Music projects, I sometimes break musical components apart to explore the roles rhythm, tempo, timbre, color, melody, and harmony play.  A musician once told me that I had no sense of rhythm.  At first, I felt angry about this critical observation later, I started attending drum events in Seattle, and found that I could follow along just fine.  My heartbeat taught me all I needed to know about rhythm.  Lucas van Merwijk’s Drums Unlimited know all about those poly rhythmic beats, but this recording does not represent an improvised drum circle, but tightly woven pieces, even drum vignettes with vocals in some cases, and worldview of drum cultures.


While I pass on the DJ mix type tunes on this recording, the acoustic drum pieces definitely excite me.  Listen to the effervescent African Dream with Gianna Tam scatting in an African dialect over the top of djembe, tambor, conga and other instruments.  While light programming gives this song its shape, I barely notice the programming and ditto for tabla beats by Ranjan Biswas on New Faith.  However, if I had to pick a favorite, I would pick Cocinandos with its Afro-Latin rhythms and faint echoe of Tito Puentes’ Oye Como Va and the delicious polyrhythmic Bougarabou.  The Venezuelan Culo ‘e Puya with its rumba-like chants and Con tres Tambores Bata with Tam singing Yoruba-Brazilian chants deserve a mention.