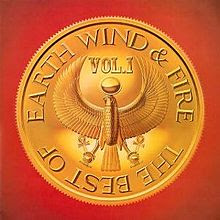 I still feel disappointed that no book publishers are publishing self-help books on music. They're no longer publishing books that tout music awareness either.

So I started a Go Fund Me campaign (the link is at the bottom) to continue my music research. And create a new avenue of getting this music consciousness information out to the world during a crucial shift on the planet.

In the meantime, here is an excerpt from my book Whole Music (Soul Food for the Mind Body Spirit). I'll also be giving lectures and teaching workshops on music consciousness. If you feel that this work is important, even a five dollar donation helps.

American soul music raised the social consciousness of African-Americans from giving African slaves a musical outlet in the early days, to liberation, and work songs after emancipation, to fueling the Civil Rights Movement, and then later, empowering people of color along with the “black is beautiful” consciousness of the 1970s.  Funk music backed by powerful polyphonic beats of the African Diaspora, wild costumes also reflecting Ancient Egypt cosmology, and the clothing of contemporary Africans; wed to bluesy electric guitar solos, anthem-like melodies, and theatrics certainly captured the attention of both black and white audiences.

Soul music of Aretha Franklin, the Supremes, Marvin Gaye, and others woke up consciousness too, but more through gospel singing styles, spiritual lyrics, women’s rights, human’s rights, and in the case of Marvin Gaye’s “Mercy, Mercy Me,” environmental rights.

The term “soul” music implies that this music has the ability to heal our souls and it does when listened to in the right context.  A listener doesn’t need to practice Christianity or any religion to comprehend the healing power of black gospel music, which leaves the abandoned feeling consoled, the betrayed feeling justified, and the oppressed liberated, even if only for the duration of the song. I’m not a Christian, but I love music of the Black Church--all the foot stomping, rafter-raising vocals, as the audience sways and claps along with the choral singers while merging into Oneness.

The healing power of Funk derives from a return to the African continent and the inclusion of African-American pop music as an empowered member of the African Diaspora.  Contemporary Afro-pop music would sound differently if Bob Marley (Jamaica), Stevie Wonder, not to mention Afro-Latin American musicians from countries such as Cuba didn’t practice cultural exchange with their musical brothers and sisters on the African Continent.

While a connection between Malian blues and American blues was founded before Martin Scorsese produced his blues music project for PBS, musical descendants of the blues such as gospel (not be confused with spirituals of the African-American slaves), rock, hip-hop, jazz, rap, soul and funk music traveled back to the African continent enriching the musical Diaspora further.

So on one hand, the spirit of musical exchange opens doors for healing by re-introducing African American audiences to their cultural and ethnic roots.  Truth unveils itself in the form of knowledge about the ancient kingdoms such as Kush, Egypt, and Mandinka also through music exchange.  By learning about ancient musical practices and cosmology, members of the African Diaspora experience redemption knowing that their ancient ancestors possessed knowledge of quantum physics and mathematical formulas; that long before Christopher Columbus’ discoveries, the ancient Africans already knew the world was round.

On the emotional level, the early roots of music that kept hope alive in African slaves (under extremely oppressive conditions few of us can imagine), offered condolences to the community, and lifted the burden of hard labor in the form of both work songs and spirituals, so imagine what soul, funk, gospel, blues, and rhythm and blues can do for us now to free ourselves from inner and outer oppression.  I’m thinking of, in particular, the words to Bob Marley’s “Redemption Song,” in which the singer advises, “Emancipate yourselves from mental slavery; none but ourselves can free our minds.”

Marley’s lyrics, and not just from this famous song, ring truer than ever as the planet leans on the precipice of catastrophe.  So I don’t feel surprised that the global peace project Playing for Change turns to Marley for its musical inspiration.

People of all ethnic groups gravitate towards popular forms of music rooted in the African Diaspora.  Imagine that the Beatles would have performed European avant-garde or European folk without the African Diaspora influence.  I didn’t mention American folk music since some American folk songs have African-American influences ranging from gospel, blues, and even Appalachian bluegrass (African-American bluegrass musician Etta Baker comes to mind).  After all, remember that the banjo also finds its roots in Africa and the guitar finds its roots in Egypt, North Africa, or India depending on your source.

In fact, it’s hard to imagine a musical global village without the African Diaspora which gave its seeds to most popular genres of music.  While war, violence, and poverty, not to mention AIDS plague the Dark Continent, music keeps pouring from countries in turmoil, from the belly dancing beats of Egypt, the nomadic blues of the Tuareg people of Mali, to Congolese guitar.  Music is the saving grace of these African nations since humans cannot survive without air, water, food, and music, especially under harsh conditions.  While air, water, and food keep the body alive, music keeps the mind and soul thriving.  We need music that leads us out of oppression to the promised-land.  We need music that sends us flying over rafters, and gets us in the mood for dancing, singing, loving and laughing.

Excerpt from Whole Music by Patricia Herlevi,  All Rights Reserved

Posted by Moon Child at 4:04 PM No comments: