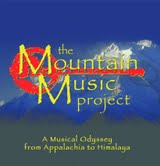 
When you start actually listening to music from around the globe, you come across surprising similarities.  This isn’t news to seasoned ethnomusicologists and it’s not news to fans of traditional music who keep their ears plugged into specialty music radio shows.  However, who thought there was a connection between bluegrass music of the Blue Mountains and Nepalese folk tunes? Got me and got me again.


The musician caste of Nepal referred to as Gandharba who passed down oral tradition songs sound well, a bit twang.  And if twang is your thing, you’ll love this double dose of American bluegrass and traditional Nepalese songs.  These musicians not only give some outstanding performances on exotic and familiar instruments, they also engage in the art of storytelling on The Mountain Music Project’s A Musical Odyssey from Appalachia to Himalaya.  Many famous American folksongs find their roots in Appalachia.  Think Oh, Susannah, as one example. Life is a hard scrabble and that includes falling in love.  But in the case with a folk song protagonist in the Nepalese Honira Salala (Water Flowing Slowly), falling in love with someone who has 32 teeth is a good thing in deed.  Another humorous song is So Many Eggs with the lyrics “She lays so many eggs...” and I hope the musicians are singing about a bird.


A surprisingly seamless album, these mountain songs from two different parts of the world, flow into each other like songs of lost cousins.  Anyone interested in folkloric music traditions must pick up this CD along with the DVD of the documentary of this project.  This foot-stomping music will get you going like nothing else will.  Enjoy!

http://www.youtube.com/watch?v=Z7FDQuyzSFQ
Posted by Moon Child at 3:27 PM No comments: 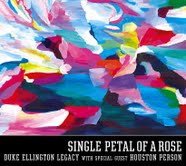 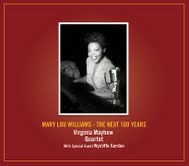 
I didn’t grow up listening to Duke Ellington, but I heard it playing in the background of my childhood.  In 2008, I had the honor and privilege of interviewing Edward Ellington, Jr. for a regional arts publication.  And I also witnessed the legacy band in concert--an enjoyable evening.  While Billy Strayhorn’s A-Train doesn’t appear on Duke Ellington Legacy’s Single Petal of a Rose, Lush Life (Strayhorn), Squeeze Me (Ellington), and In My Solitude (Ellington) float off this recording, bringing both nostalgic sheen and revitalized interpretations.


While no musician, not even family, could ever recreate Duke Ellington, the composer-bandleader’s elegance shines in these modern interpretations.  The ballads Lush Life and In My Solitude radiate with Nancy Reed on vocal duty.  Similar to the crew of musicians here, an ensemble, not a big band, Reed dishes out love with those heartwarming melodies.  Norman Simmons (band’s arranger and pianist) delivers a luxurious performance of the titular song, after giving a brief introduction.  Then the band kicks into a rousing rendition of Happy Go Lucky Local with plenty of soloists (something the Ellington band excelled at and always some intriguing musical characters).


Since I’m not an expert on Ellington, I did a little research on Billy Strayhorn, 16 years Ellington’s junior.  I felt curious about the song titles, Blood Count and Upper Manhattan Medical Group, which Strayhorn composed right before he died of cancer.  Neither song brings even a touch of grief to the album, despite the titles.  After Hours reminds me of the sensual scenes in 1950s detective movies, Love You Madly swings hard and the Latinized version of Johnny Come Lately shouts “party!” I award kudos to these hardworking and talented musicians.


Unlike the legacy of Duke Ellington, which any of us has come across, the legacy of pianist/composer Mary Lou Williams would be new to many of us outside of the jazz arena.   Born in 1910, Williams would have composed and performed music during the big band era and while I have not heard of Williams until receiving saxophonist Virginia Mayhew’s tribute album The Next 100 Years, the liner notes mention that her compositions were performed by big bands.   The liner notes also refer to Mary Lou Williams as a woman Duke Ellington.


The tribute album features Mayhew on tenor saxophone, Ed Cherry (guitar), Harvie S (bass), Andy Watson (drums) and special guest Wycliffe Gordon (trombone).  While Mayhew is a fine sax player, I would have like to have heard songs performed on piano.  This has more to do with the fact that piano is a favorite instrument of mine and my ears grow tired after listening to an album featuring robust saxophone.  I will say that Wycliffe brings personality to his trombone which ranges from sweet to growling, and some wah-wah tossed in for good measure.  I especially enjoyed Cancer (Zodiac Suite) and What’s Your Story Morning Glory. The band’s efforts prove solid and I can hear the musicians’ passion for this material.  And if you’re purchasing the Duke Ellington Legacy album, pick up the Mary Lou Williams tribute album too.  We might be 100 years too late to give Williams the recognition she so rightly deserves.

Posted by Moon Child at 2:55 PM No comments:

Since 2012 marks a special year, in celebration of global music, I'm hosting a top 5 CDs thus far.  I am posting YouTube videos for 4 of the top albums. Support these artist. 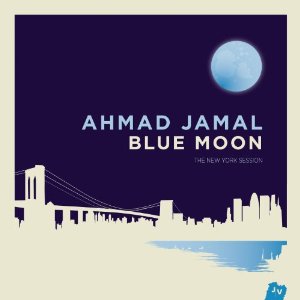