In review--An Eye for Nyro 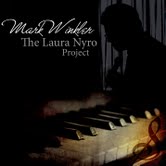 
I used to hear the name Laura Nyro a lot during my early days of reviewing music, but I can’t say that I knew her music personally.  At least that’s what I first thought when I received Mark Winkler’s The Laura Nyro Project in the post.  On a trip to YouTube, I found two familiar tunes from my childhood, Wedding Bell Blues and Up on the Rooftop.  Born in 1947, Nyro represented the folksy-blues side of the baby boomer generation with her peak years in the 1960s and 70s.  In the realm of Carol King (another prolific songwriter), Nyro composed songs in styles ranging from girly pop to soulful blues with gospel of the Black Church tossed in, though Nyro was white.


With big shoes to fill, jazz stylist-vocalist Mark Winkler set out to honor Nyro’s melismatic vocals in his baritone voice on The Laura Nyro Project.  And I have to say, he’s done a wonderful job of it. In the liner notes, Winkler spoke of his growing up with Nyro’s vocal soundtrack and how even today, most of the songs on his player were penned by Nyro.  So what songs did he choose for this project? The CD opens with the bluesy-gospel And When I Die and Stoned Souls Picnic, which sounds more dreamy than bluesy.  Winkler digs in to the grittier lyrics of California Shoeshine Boys, the cautionary lyrics of He’s a Runner, and the friendship song Emmie.  My favorite song here is Upstairs by a Chinese Lamp.  I enjoy the imagery of Nyro’s lyrics and Eli Brueggeman’s arrangement (piano, guitar, bass, drums and flute).  In fact, the arrangements of these nostalgic gems hit the spot--simple, elegant, and to the point.  So anyone out there needing a Nyro fix, pick up this CD (available April 16, 2013).